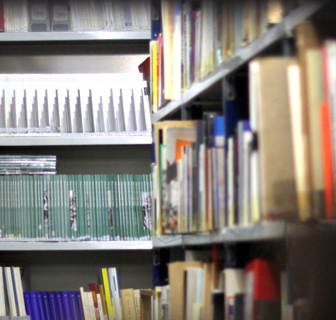 The Auschwitz Foundation makes a multilingual library with over 13,000 books available to the general public. The books and periodicals relate to the study of the Second World War (particularly in Belgium, France and the Netherlands), Fascism, National Socialism and the Third Reich (history, movements, regimes, institutions, society, economy, ideologies, etc.) as well as to all dimensions of Fascist and Nazi criminality (political repression, racial persecutions, medical experiments, war crimes, genocidal politics, etc.). The genocides of the Jews and Roma perpetrated by the Nazis are widely represented.

We possess extensive documentation on extermination centres and concentration camps.

Many books also deal with the history of anti-fascism, anti-Nazism and the Resistance in Europe.

More theoretical and methodological themes are also covered: the relationship between history and memory, the use of testimonies and oral history, the validity of comparative approaches, the great historiographical debates and controversies on the interpretation of totalitarian, fascist, Nazi and Stalinist phenomena, etc.

The collections also include works on racism, anti-Semitism, xenophobia and their resurgence, and on Holocaust denial today.

Other mass crimes and genocides, from the Armenians to Rwanda to the former Yugoslavia, etc., are also found among the works in our collection.

A computerised catalogue of books and periodicals is available to readers and can be consulted on site.

By appointment, the scientific staff of Remembrance of Auschwitz are available to guide readers in their research.

Registration is free and compulsory. Consultations are free of charge. Some of the documentation can be borrowed for a fortnight. A4 photocopies can be produced for €0.05.

Access to the library and its documentation is subject to general reading regulations. 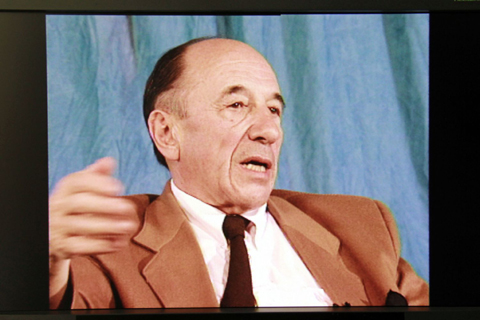 
Since its creation in 1980, the Auschwitz Foundation has undertaken to collect all types of archival documents relating to the Nazi concentration camp world and the situation of deportees and survivors. This collection of archives is motivated by the desire to preserve as many traces as possible, but it also aims to gather a large amount of documentation for scientific research or any type of educational process.

The Auschwitz Foundation has a number of archive collections, including:

As the Belgian branch of the Fortunoff Video Archive for Holocaust Testimonies of Yale University, the Auschwitz Foundation has been collecting testimonies of camp survivors in the form of audiovisual interviews since 1992. These interviews are life stories in which the witness tells his or her story before, during and after deportation. The recordings are accompanied by a biographical sheet containing factual information about the witness’ life. In addition, a number of these interviews are thematically indexed (with reference to the ‘time-code’ and sequenced to facilitate research. To date, the Foundation has collected 246 interviews representing almost 1,250 interview hours. The average length of the interviews is 5 hours 10 minutes.