The Auschwitz Foundation and Remembrance of Auschwitz publish their journal (which has existed for 25 years) twice a year. It thus disseminates current multidisciplinary research on the Nazi camps and the genocide of the Jews and Roma. It has been able to open the door to the most current debates on issues of memory and history.

In view of the growing interest in memorial issues, at the crossroads of many disciplines, from history to literature and the arts, from sociology to political science, and in view of the equally growing demand from the public, when issue No. 100 was due for publication, we decided to revamp our journal. The aim is to make up for the absence of a publication that deals with both questions of memory and questions of history without pitting one against the other.

Without abandoning their original mission, and with the experience and knowledge they have acquired, the Auschwitz Foundation and Remembrance of Auschwitz are now taking on the task of opening up their field of research to the problems of mass violence in the long historical term.

Avoiding any anachronism, they propose to critically revisit both the past and the present of our modernity and of a century during which wars, large-scale political violence and massacres – from genocides to ethnic cleansing – in which the responsibility of States was directly or indirectly involved.

Through Testimony: Between History and Memory, their aim is to boost the movement of a critical re-reading of these issues from both a historiographical and memorial point of view. They offer a new insight into our contemporary history.

The new format of our journal Testimony: Between History and Memory was introduced with issue 117. Half is taken up by an academic section (thematic dossier and varia) and half by a cultural section dealing with current cultural issues of memory and testimony. It consists of a logbook, sections, and a portfolio. 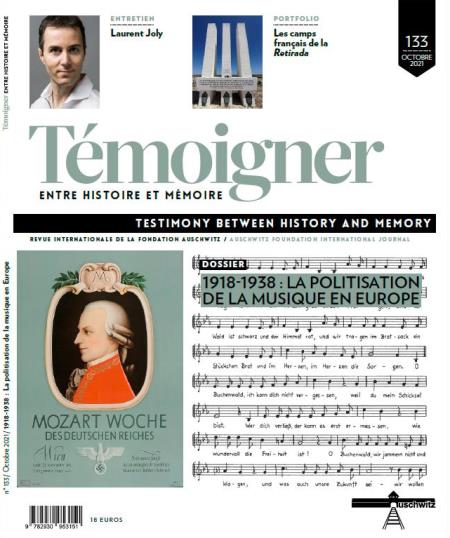 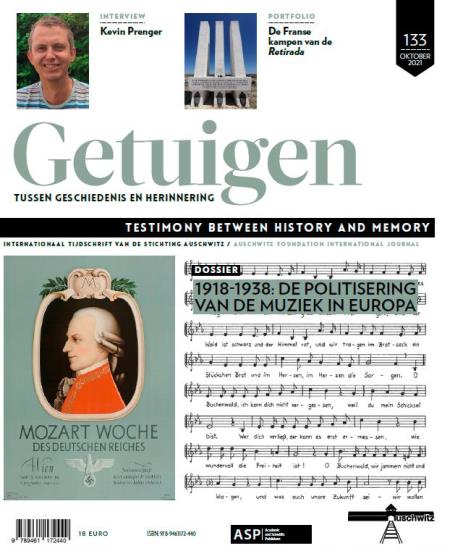 This dossier looks at the instrumentalisation of music by the political world between the wars. The cases are numerous and shed light on the way in which political propaganda was propagated in European musical culture.

Previously published: no. 132 (April 2021): The AKTION REINHARDT and the AKTION ERNTEFEST 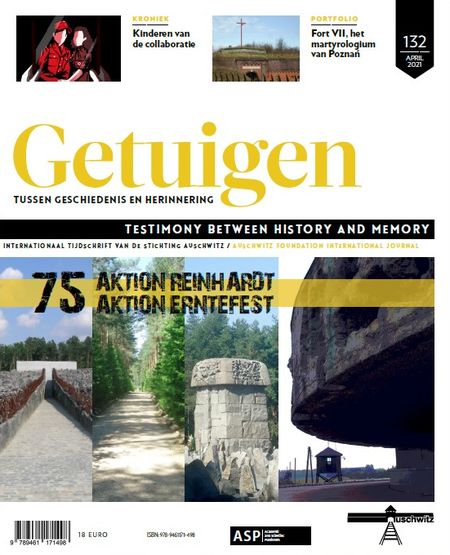 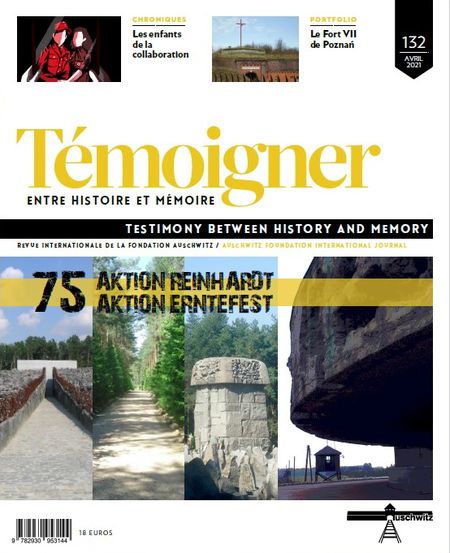 The Aktion Reinhardt saw approximately 1.8 million Polish Jews perish in the gas chambers of Bełżec, Sobibór, Treblinka and Majdanek between March 1942 and November 1943. The Jews who ‘escaped’ the gas chambers were shot in Majdanek, Trawniki and Poniatowa on 3 and 4 November 1943 during Aktion Erntefest. The dossier we are proposing takes stock of current research on the Aktion Reinhardt. This historical event has experienced a resurgence of interest among historians of the Shoah over the last fifteen years, thanks, among other things, to archaeological advances at the various sites concerned. We have come a long way since Yithzak Arad's pioneering work in 1987: Belzec, Sobibor, Treblinka: the Operation Reinhard Death Camps. The dossier highlights different perspectives to discuss current research related to the issue. It addresses the erasure of traces, the sociological perspectives of the executioners, the excavation of extermination sites and the most recent historiography.

The journal is available on line at
openedition.org 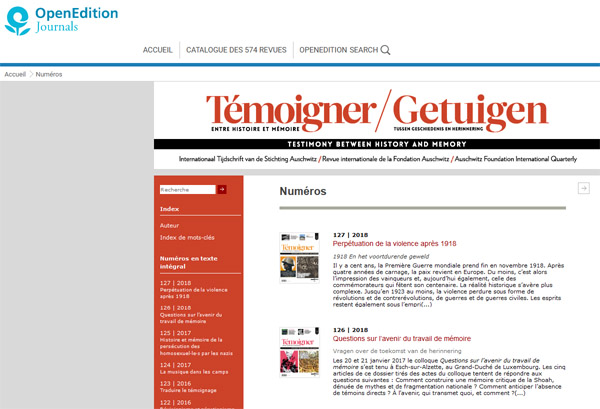 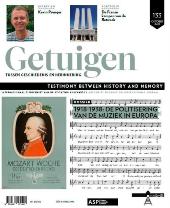