EUROPALIA is organising the conference Trains and the Holocaust: From a Symbol of Progress to a Genocidal Tool in collaboration with the Auschwitz Foundation and Kazerne Dossin on Tuesday 26 April at Kazerne Dossin in Mechelen. 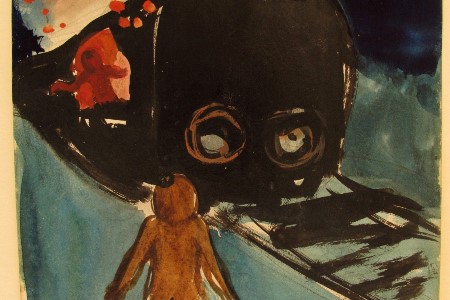 During the Second World War, 25.490 Jews and 353 Roma were deported from the Dossin Barracks in Mechelen, the vast majority to Auschwitz-Birkenau. The tracks next to the barracks have long since disappeared. On the square in front of the current museum stands a goods wagon, a reminder of the last transports from Mechelen.

EUROPALIA is organising the conference Trains and the Holocaust at this place of memorial. Open to a broad public, the conference will examine the role and image of the train, which evolved from a symbol of modernity to an instrument of genocide.

How did the Dossin barracks function as an assembly camp and how was the deportation of these innocent victims carried out? Aspects that will be addressed include the ambush of the 20th convoy in Boortmeerbeek (the only deportation train ever stopped by the Resistance), the responsibility of various public authorities, commemorative practices such as the ‘Judenrampe’ in Auschwitz-Birkenau, and present-day educational projects addressing deportation and trains.

The lectures and roundtable discussions will be complemented by visual materials, witness accounts and artistic interventions. In addition, the co-organiser Auschwitz Foundation will present its documentary Deported from Mechelen to Auschwitz.

The conference will be held in English.